“So we live you and I, Either side of the edge...”Out Of This World (Acoustic Version) 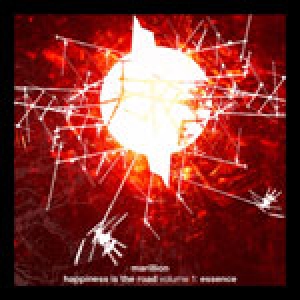 The Original Pre-Order eWeb : 31 October 2007
Hellooo.. and... Greetings from the studio!
Well, the cycle has started once again.. We're back in the Racket Club oiling up the Marillion machine (or strange engine..) for the erratic journey to ALBUM FIFTEEN (!) and the ideas are really flowing now. We're here jamming and experimenting with new ideas while Mike Hunter runs around trying to record it all and feed back his own suggestions and enthusiasm. We're pleased to report some very interesting music is still emerging. This should see the light of day next Summer.. AND it will be another double album!
It's an inspired and exciting time for the five of us as artists, but also - with our "Intact" record company hats on - a time to reflect on the successes and failures of the last album release. We have had a lot of feedback about the lack of a "pre-order" or any kind of special packaging, extra material, or the popular "my name in the credits" versions of the last album. We thought you might have got tired of the idea, but the majority of you told us we were wrong!
So here's what we've decided to do..
You're going get what you asked for: We are planning to create an exclusive Special Edition of Album 15 which we are making available as a PRE-ORDER directly from us. Based on the success of the "Marbles" pre-order, we plan to make 2 different versions available: a 'Deluxe Campaign 2CD Edition' in super-sexy packaging with YOUR NAMES in the booklet - this will be priced at £29.99 and only available to pre-order; and also the Standard Release - the double album split into Volumes 1 & 2 available separately as 'normal' 1CD-in-a-box releases priced at £9.99 each.
When will it be released? What will be on it? Will there be extra music? When can I order? What about a tour?
Yes, you have questions, and we already have (some) answers. Just like previous pre-orders, we have set up a page on our website to answer all of these, and will continue to add to the list as we get feedback from you by email and on our Forums.
What we CAN tell you, though, is that we expect the album to be ready some time between July and September 2008 (but are not setting a firm release date as with previous pre-orders!) with an extensive tour to follow starting in September 2008 (more information about the tour on the website, but the album WILL be out before the tour.)
You are able to pre-order the album NOW, and each pre-order for the Deluxe Campaign 2CD Edition will enter you in to a variety of prize draws - including sound check/front row passes to the Snow-where Else tour, a visit to the Racket Club studio, gift vouchers, meet-and-greets, MORE sound check/front row passes to the Album 15 tour, and the STAR PRIZE (wooo..!) of an all expenses paid trip to the Marillion Weekend 2009... PLUS more as we think of them - phew!
Why do we want your money so far in advance? Many of you may be aware that the writing sessions for "Somewhere Else" were prolific, but there came a point where we had to decide which ideas to follow through for the album, and which to put to one side to develop to their full potential later on. Well, even though we do have several songs "on the shelf" which are close to completion, we've also recently hit something of a creative streak and have a lot of exciting new ideas that we're developing, and these inevitably entail a few months locked away in the studio. Once ready, we need to let people know about the album and the tour with advertising, posters, interviews... and of course we have the small task of manufacturing one hundred thousand albums, too.. (!)
By being part of the Album 15 Pre-Order Campaign you will once again be acting as our "global family record company" by contributing to the recording, manufacture and marketing of the album without us having to resort to the inevitable headaches which happen when we get into bed with "blokes in suits". Frankly we'd rather make this album with you. We did it before, and it felt good. It also inspired a few other tasty bands to "a better way of life" too..
So there you go - your pre-order is back! If you have any QUESTIONS, please, PLEASE go to www.marillion.com/preorder (where most issues will already be addressed) before writing to us. It'll be quicker, and you can also join the discussions on the Marillion Online Forums if you have any outstanding queries.
As we said earlier, things are going really well in the studio and there's much excitement here over the music we're making, so we'd better get on with it. We'll see you very soon - perhaps on the "Snow-where Else" tour at Christmas.. Good luck with the draw - we hope you win a prize or two!
One love,
One family,
One Better Way Of Life.
Toodleoo,
h, Ian, Mark, Pete, Steve